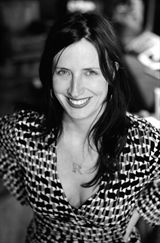 Rachael King has worked in radio, television, magazines, and as a musician. She holds an M.A. in creative writing and has received many accolades in her native New Zealand, including the New Zealand Society of Authors Best First Novel at the New Zealand Book Awards for The Sound of Butterflies. Rachael lives in Wellington.