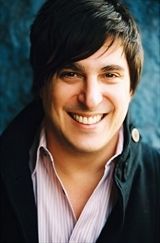 Anthony Bozza is the author of four New York Times Bestsellers, including Whatever You Say I Am: The Life and Times of Eminem, Slash, co-written with Slash and the #1 bestselling Too Fat to Fish, co-written with Artie Lange. Bozza was a staff writer and editor for Rolling Stone magazine for seven years, during which he profiled a diverse range of artists from Eminem and the Wu-Tang Clan to Trent Reznor and U2. He lives in New York City.