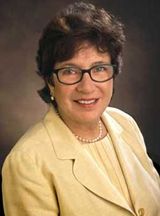 Joan Konner is a veteran, award-winning journalist in television and print. She served for nine years as Dean of the Columbia Graduate School of Journalism, where she introduced and taught a course in "Covering Ideas," and was publisher of the Columbia Journalism Review from 1988 to 1999. Her most recent television production was "The Mystery of Love," a 2-hour documentary special broadcast on public television in December 2006. She has produced more than 50 documentaries for public and commercial television, including the legendary six part television documentary Joseph Campbell and the Power of Myth. She also founded Public Affairs Television in partnership with Bill Moyers, and served as President of the company and Executive Producer of such series as God and Politics, In Search of the Constitution, and The World of Ideas. Her work has been widely honored: in addition to 16 Emmys, she has won the Peabody Award; Alfred. I. duPont Award; three American Bar Association Awards; the Columbia Graduate School of Journalism’s Alumni Award; and the New Jersey Press Women’s Association Award for Outstanding Accomplishment. She has also been a member of the Pulitzer Prize Board. She is now Professor Emerita and Dean Emerita of the Columbia Graduate School of Journalism, and lives with her husband in New York City.