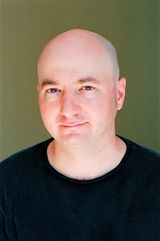 Dean Lorey is a Hollywood screenwriter whose credits include co-executive producer of the cult TV hit Arrested Development. He was inspired to write Nightmare Academy, his first series for young readers, by his personal enthusiasm for imagined worlds and video games. The first book in the trilogy, monster hunters, received the Southern California Booksellers' Award for Best Children's Novel of the Year. Dean Lorey lives in Calabasas, California, with his wife, Elizabeth, and their sons, Chris (first reader for the Nightmare Academy trilogy) and Alex (then too young to read).