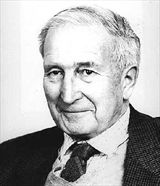 Philosopher and former atheist Antony Flew set the agenda for modern atheism with his 1950 essay "Theology and Falsification," which became the most widely reprinted philosophical publication of the last half century. Flew has published over thirty books, including God and Philosophy, The Presumption of Atheism, and How to Think Straight. He spent twenty years as professor of philosophy at the University of Keele and has also held positions at Oxford, the University of Aberdeen, and the University of Reading. He now lives in Reading, England.