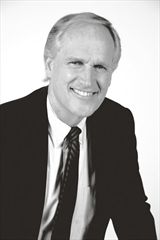 Chris Blatchford is an investigative reporter and author of the Los Angeles Times bestseller Three Dog Nightmare. He has won numerous commendations and awards for his reports, including nine Emmy Awards and a Peabody for his investigation into Italian Mafia infiltration of MCA/Universal's music and home video divisions. He lives in Los Angeles.