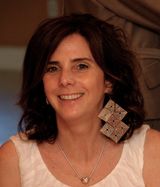 Beth Kephart was nominated for a National Book Award for her memoir A Slant of Sun. Her first novel for teens, Undercover, received four starred reviews and was named a Best Book by Kirkus Reviews, School Library Journal, and Amazon.com. In 2005 Beth was awarded the Speakeasy Poetry Prize. She has also written Into the Tangle of Friendship: A Memoir of the Things That Matter; Still Love in Strange Places: A Memoir; Ghosts in the Garden: Reflections on Endings, Beginnings, and the Unearthing of Self; Flow: The Life and Times of Philadelphia's Schuylkill River; Zenobia: The Curious Book of Business; and House of Dance. She lives in Pennsylvania with her family.