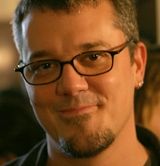 Steve Niles is a film producer and writer of screenplays including the classic 30 Days of Night which is being made into a film produced by the legendary Sam Raimi for release in October 2007. Named by Fangoria magazine as one of the "13 rising talents who promise to terrify us for the next 25 years" is also penning the upcoming films Bigfoot (which he co-created with rocker Rob Zombie) and The Lurkers. He lives in Los Angeles.