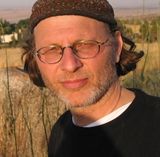 Simcha Jacobovici is an Emmy-winning documentary director and producer and a widely published writer and lecturer. His articles have appeared around the globe in publications such as the New York Times and the Los Angeles Times. Currently the host of The Naked Archaeologist on the History Channel, Simcha Jacobovici lives in Toronto.