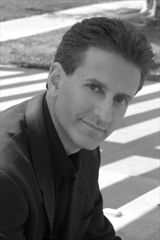 Todd G. Buchholz is a former White House director of economic policy, managing director of the legendary Tiger hedge fund, and winner of Harvard’s annual teaching prize in economics. He is the author of New Ideas from Dead Economists and New Ideas from Dead CEOs, and has written for the New York Times, the Wall Street Journal, Time, and Forbes. He regularly appears on PBS, NPR, Fox, and CNBC, and is a co-producer of the Broadway hit Jersey Boys. Buchholz has served as a fellow at Cambridge University and is the inventor of the Math Arrow Matrix. He lives in Southern California.