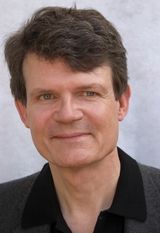 Richard Maxwell brings the skills he developed in his twenty-five-year career as a screen and television writer-producer to FirstVoice's clients. In addition to his produced feature films—The Challenge, The Serpent and the Rainbow, and Shadow of China—he has worked as a script doctor, writing or rewriting films for every one of the major Hollywood studios and many independent producers. He lives in Pacific Palisades, California, with his wife, Christine.