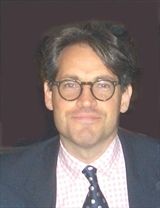 Eric Metaxas is a bestselling author whose biographies, children's books, and works of popular apologetics have been translated into multiple languages around the world. He has been frequently featured as a cultural commentator on CNN and the Fox News Channel and has been featured on many radio programs, including NPR's Morning Edition and Talk of the Nation, The Hugh Hewitt Show, and The Bob Grant Show.