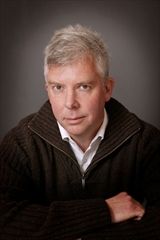 Donald McRae is the acclaimed author of five nonfiction books, including Every Second Counts: The Race to Transplant the First Human Heart and Heroes Without a Country: America's Betrayal of Joe Louis and Jesse Owens. He is the only writer to have won the William Hill UK Sports Book of the Year Award twice. In 2005 he was named Feature Writer of the Year for his work in The Guardian. McRae lives near London with his family.