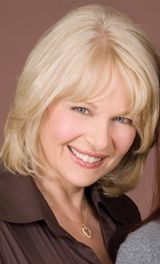 Ilene Graff is an actress and singer, best known for the six seasons she spent as the mom in the ABC-TV comedy, “Mr. Belvedere.” Her Broadway stage work includes “Promises, Promises,” “Grease,” and “I Love My Wife.” She co-starred with Glenn Close in a film version of “South Pacific,” and has appeared in mini-series and feature films; her CD, “Baby’s Broadway Lullabies,” was nominated for a Grammy. Married to composer Ben Lanzarone, her finest production is their daughter Nikka, who is a musical theater performer in New York. Ilene is shocked but grateful to suddenly be one of the “other mothers.”