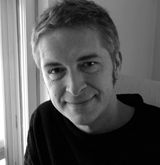 Born in New York City, Jeff Brown was a story editor and assistant film producer in Hollywood. He worked on the editorial staffs of The New Yorker and the Saturday Evening Post, and his stories appeared in these magazines and many others. 'Flat Stanley' is a much loved character by many. Scott Nash is an illustrator, author, designer and media mind (working with the likes of Disney, MTV and Cartoon Network). He has reimagined characters such as Flat Stanley in a creative and stylish way.