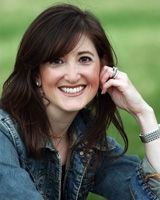 A former director of media relations, Meredith L. Jacobs has spent the last decade creating programs and events for local charity groups, schools, and synagogues. In 2004, she developed a series of workshops about Shabbat for women's groups that inspired this book. Jacobs's monthly column on family and parenting appears in Jewish newspapers in Baltimore, Los Angeles, Cleveland, Phoenix, and Detroit. She lives with her husband and their two children in Rockville, Maryland.