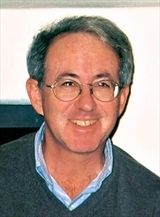 James Atlas has been an editor for the New York Times Book Review and the New York Times Magazine and a staff writer for The New Yorker and The Atlantic. He is the founder of Atlas Books and the general editor of the Eminent Lives series. His other books include Delmore Schwartz: The Life of an American Poet, Bellow: A Biography, and a novel, The Great Pretender. He lives with his wife and two children in New York City.