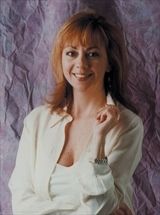 Mayra Montero was born in Havana, Cuba, in 1952, but has lived in Puerto Rico since the mid 1960s. She studied journalism in Mexico and Puerto Rico and worked for many years as a correspondent in Central America and the Caribbean. She is presently a highly acclaimed journalist in Puerto Rico and writes a weekly column in El Nuevo Dia newspaper. Montero's first book was a collection of short stories, Twenty-Three and a Turtle. Her second book, a novel titled The Braid of the Beautiful Moon, was a finalist for the Herralde awards, one of Europe's most prestigious literary awards. Each of her subsequent books -- The Last Night I Spent With You, The Red of His Shadow, In the Palm of Darkness, and The Messenger -- has been published in the United States in translations by Edith Grossman, as well as in several European countries. Her other nonfiction work appears frequently in scholarly and literary publications throughout the world.