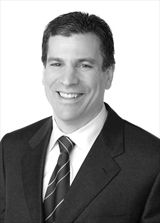 Charles Gasparino is a senior correspondent for the Fox Business Network and the Fox News Channel, where he reports on major developments in the world of finance and politics. A former writer for the Wall Street Journal and Newsweek, he has also served as a columnist for the New York Post and The Huffington Post as well as a contributor to The Daily Beast, New York Magazine, and Forbes. Gasparino is a recipient of numerous business journalism awards, including the prestigious Investigative Reporters and Editors Award for The Sellout. His other noteworthy books include Blood on the Street and King of the Club.