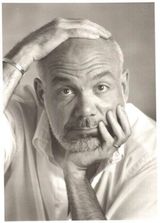 Bruce Coville grew up around the corner from his grandparents' dairy farm, where he spent a great deal of time dodging cows (and chores) and reading voraciously. He has been a toymaker, a gravedigger, a cookware salesman, an assembly line worker, a magazine editor, and an elementary school teacher. Bruce's books have appeared in more than a dozen countries and have sold more than sixteen million copies. Among his most popular titles are My Teacher Is an Alien; Into the Land of Unicorns; and Jeremy Thatcher, Dragon Hatcher. He is also the founder of Full Cast Audio, an award-winning audio book company specializing in family listening (www.fullcastaudio.com).

October is Bruce's favorite month, so he is especially delighted that Always October is his 100th book. He lives in Syracuse, New York.