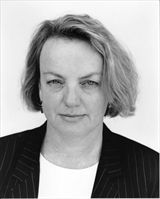 Sara Douglass was born in Adelaide but moved to Hobart in later life to write full time. She died in Hobart in September 2011. She was a lecturer in mediaeval history for La Trobe University for many years and was the first author to be published on the Australian Voyager imprint in 1995. She published 19 books of epic and historical fantasy with Voyager. She has won the Norma K Hemming award, the Australian Shadow's Award and was nominated three times for the US-based Reviewer's Choice awards.