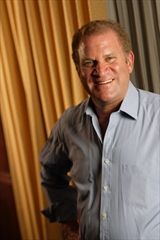 Lama Surya Das is one of the foremost American Buddhist teachers and scholars and is known affectionately to His Holiness the Dalai Lama as the "American Lama." Surya Das is the author of the bestselling books Awakening the Buddha Within and Buddha Is as Buddha Does, founder and spiritual director of the Dzogchen Center, and founder of the Western Buddhist Teachers Network. A sought-after speaker who teaches, lectures, and conducts retreats around the world, he lives in Concord, Massachusetts.