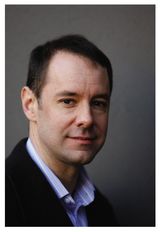 David Mendell, a native of Cincinnati, Ohio, wrote about urban issues and politics for the Chicago Tribune from 1998 to 2007. He is now a Chicago-based freelance writer and an adjunct instructor at Northwestern University's Medill School of Journalism. His writing has appeared in The New Yorker, GQ, the Washington Post and other places.