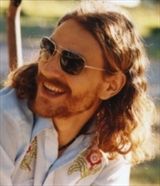 Matt Amsden has quickly established himself as one of the premier raw food chefs in south-ern California and the world. Matt's company, RAWvolution, is the first of its kind, delivering gourmet raw food meals throughout the United States. Originally from Ontario, Canada, Matt began eating a diet of 100 percent raw foods virtually overnight after hearing an interview with author/lecturer David Wolfe on the Howard Stern Show. Matt's desire to learn more about raw food preparation led him to Santa Monica, California, the heart of the raw food movement, where he soon began to share his talent with hundreds of people, including celebrities such as Margaret Cho, Woody Harrelson, Courtney Love, and Alicia Silverstone.