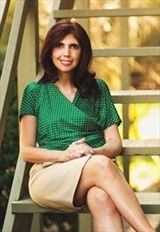 Born in Cairo, Lucette Lagnado and her family were forced to flee Egypt as refugees when she was a small child, eventually coming to New York. She was the author of The Man in the White Sharkskin Suit, for which she received the Sami Rohr Prize for Jewish Literature in 2008, and is the coauthor of Children of the Flames: Dr. Josef Mengele and the Untold Story of the Twins of Auschwitz, which has been translated into nearly a dozen foreign languages. Joining the Wall Street Journal in 1996, she received numerous awards and was a senior special writer and investigative reporter. She died in 2019.