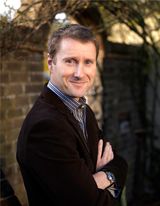 Thomas wrote and presented a BBC documentary, 'The Greatest Knight: William Marshal', and a landmark three-part documentary series 'The Crusades' for the BBC, filmed on location across the Near East and Europe. He has also appeared in many other internationally broadcast television documentaries and radio programs, and has worked as a historical consultant for HBO and Company Pictures. He now lives in southern England.