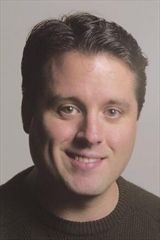 An avid baseball fan but a mediocre player, Dan Graziano didn't play sports in college -- he wrote about them instead. Since it took up all of his time there anyway, he didn't have a lot of other options than to make a career of it. Within two years of graduation he was a full-time baseball writer -- a job that has taken him all over this country and all over the world. Still, no matter how many times he had deep-dish pizza in Chicago, coffee in Seattle, or clam chowder in Boston, there was never a place like New York. It was when he moved to New York that his career took off, that he really felt at home, and where he started his family, finally and thankfully putting all of the lunacy of the single-guy life behind him. A life on the road, working nights, weekends, and holidays, somehow ended up leading to a very happy, nicely peaceful home life. He's now gone suburban and moved to New Jersey, where he lives with his wife and son, and is not ever haunted by relationship ghosts.