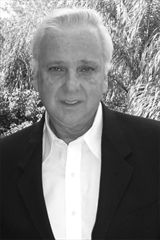 Bernard Goldberg is the number one New York Times bestselling author of Bias, 100 People Who Are Screwing Up America, and Arrogance. He has won eight Emmy Awards for his work at CBS News and at HBO, where he now reports for the acclaimed program Real Sports. In 2006 he won the Alfred I. duPont–Columbia University Award, the most prestigious of all broadcast journalism awards.