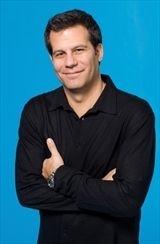 Author of the bestselling The Rise of the Creative Class and Who's Your City? Richard Florida is a regular columnist for The Atlantic. He has written for the New York Times, the Wall Street Journal, The Economist, and other publications. His multiple awards and accolades include the Harvard Business Review's Breakthrough Idea of the Year. He was named one of Esquire magazine's Best and Brightest (2005) and one of BusinessWeek's Voices of Innovation (2006). He lives in Toronto, Canada.