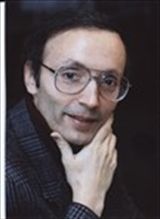 Erich Segal was an American author, screenwriter, and classics professor. His first three books, Love Story, Oliver's Story, and Man, Woman and Child, were all international bestsellers that became blockbuster films. Segal received numerous awards and honors including a Golden Globe for his screenplay to Love Story as well as the Legion d'Honneur from the French government. He died in London in 2010.