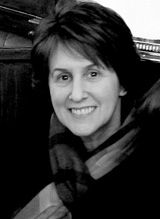 Delia Ephron is a critically acclaimed novelist and screenwriter. Her most recent book, Frannie in Pieces, received four starred reviews, was a Book Sense Pick, and was named to the New York Public Library Books for the Teen Age list. She is also the author of Big City Eyes, Hanging Up, and How to Eat Like a Child. Her screenwriting credits include The Sisterhood of the Traveling Pants, You've Got Mail, Bewitched, Hanging Up, and Michael. She lives in New York City with her husband and their dog, Honey Pansy Cornflower Bernice Mambo Kass.