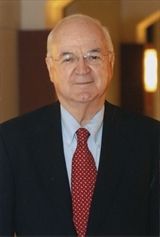 Richard P. McBrien is Crowley-O'Brien Professor of Theology at the University of Notre Dame. Educated at the Pontifical Gregorian University in Rome, he has also served as president of the Catholic Theological Society of America. A leading authority on Catholicism, he is the bestselling author of Catholicism, Lives of the Popes, and Lives of the Saints, as well as the general editor of The HarperCollins Encyclopedia of Catholicism. Most recently a consultant for ABC News, McBrien offers regular commentary on all the major television networks. He is also a prizewinning syndicated columnist in the Catholic press.