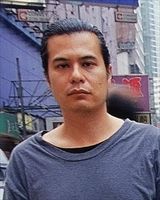 Karl Taro Greenfeld is the author of seven previous books, including the novel Triburbia and the acclaimed memoir Boy Alone. His award-winning writing has appeared in Harper's Magazine, The Atlantic, The Paris Review, Best American Short Stories 2009 and 2013, and The PEN/O. Henry Prize Stories 2012. Born in Kobe, Japan, he has lived in Paris, Hong Kong, and Tokyo, and currently lives in Pacific Palisades, California, with his wife, Silka, and their daughters, Esmee and Lola.