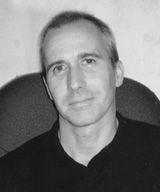 David Gibson is an award-winning religion writer and a committed lay Catholic. He writes about Catholicism for various newspapers and magazines, including the New York Times, the Wall Street Journal, New York magazine, Boston magazine, Fortune, Commonweal, and America. He was the religion writer for the The Star-Ledger of New Jersey. Gibson has worked in Rome for Vatican Radio and traveled frequently with Pope John Paul II. He has co-written several recent documentaries on Christianity for CNN.