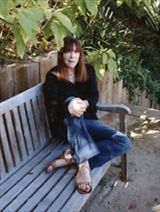 Amy Ephron is the bestselling author of the acclaimed novels One Sunday Morning and A Cup of Tea. Her magazine pieces and essays have appeared in Vogue; Saveur; House Beautiful; the National Lampoon; the Los Angeles Times; the Huffington Post; Defamer; her own online magazine, One for the Table; and various other print and online publications. She recently directed a short film, Chloe@3AM, which was featured at the American Cinematheque’s Focus on Female Directors Short Film Showcase in January 2011. She lives in Los Angeles with her husband, Alan Rader, and any of their five children who happen to drop in.