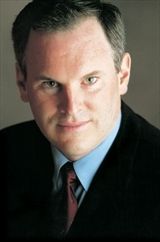 Stephen Flynn is the Jeane J. Kirkpatrick Senior Fellow in National Security Studies at the Council on Foreign Relations. He was the lead author of the task force report "America: Still Unprepared, Still in Danger," and his articles have appeared in Foreign Affairs. He spent twenty years as a commissioned officerin the U.S. Coast Guard, served in the White House Military Office during the George H. W. Bush administration,and was director for Global Issues on the National Security Council staff during the Clinton administration.