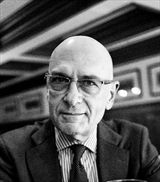 Seven-time New York Times bestselling author John Weisman is one of a select company of authors to have their books on both the Times nonfiction and fiction bestseller lists. He pioneered coverage of Naval Special Warfare when he co-authored the number one New York Times bestseller Rogue Warrior, the story of Richard Marcinko and the creation of SEAL Team 6, and then conceived, created, developed, and wrote eight bestselling Rogue fictional sequels. Pulitzer Prize-winning author Seymour Hersh praised his 2004 novel Jack in the Box as "the insider's insider spy novel." Weisman's CIA short stories were chosen for inclusion in Best American Mystery Stories in 1997 and 2003. His most recent CIA short fiction appears in Agents of Treachery. He reviews books on intelligence and military affairs for the Washington Times, and his analysis has appeared in AFIO's periodical Intelligencer. John Weisman lives sin the Blue Ridge Mountains of Virginia.