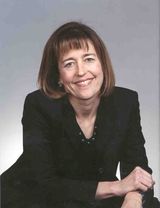 Andrea White was born in Baton Rouge, Louisiana, but has spent most of her life in Houston, Texas. She received both undergraduate and law degrees from the University of Texas. She has had several short stories published; this is her first book.

Besides writing, Ms. White is a community volunteer and education activist. She is married to Bill White, formerly an energy official in the Clinton administration and now the mayor of Houston. The Whites have three children: Will, Elena, and Stephen. They love to hike and camp, and although they've had some hair-raising adventures, says Ms. White, all were tame compared to what happens in Surviving Antarctica.