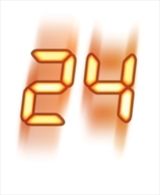 Marc Cerasini's writing credits include The Complete Idiot's Guide to U.S. Special Ops Forces and Heroes: U.S. Marine Corps Medal of Honor Winners and several projects for Tom Clancy, including creating the bible for the Clancy Power Play series, writing the YA action/adventure thriller The Ultimate Escape for Clancy's NetForce series, and writing a major essay on Clancy's contribution to the technothriller genre for the national bestseller The Tom Clancy Companion. Among the movie tie-in novelizations Marc has written are Wolverine: Weapon X, based on the popular X-Men series, the USA Today bestseller AVP: Alien Vs. Predator, based on the motion picture from 20th Century Fox, as well as five original novels based on the Toho Studios classic "Godzilla," and co-authored (with J.D. Lees) a nonfiction look at the film series, The Official Godzilla Compendium. Marc's other credits include the book 24: The House Special Subcommittee Investigation of CTU, which he co-authored with his wife, Alice Alfonsi, and the previous 24 Declassified novels Operation Hell Gate, Trojan Horse, and Vanishing Point.