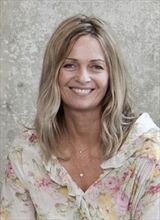 Amy NeuNsinger is a photographer whose work has appeared in numerous magazines and advertising campaigns ranging from beauty to travel.