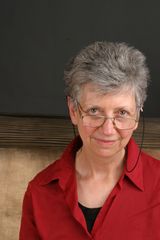 Beverley Naidoo was born in South Africa and grew up under apartheid. After arrest and detention without trial, she came to England. She married another exile and was only able to return freely twenty-six years later, after Nelson Mandela's release from jail. Their two children were brought up in England where she still lives. She goes back to South Africa to stay in touch, especially with young people. A teacher for many years, she has a doctorate in education and a number of honorary degrees. Journey to Jo'burg was her first children's book. It was an eye-opener for readers worldwide, winning awards, but it was banned in South Africa until 1991.