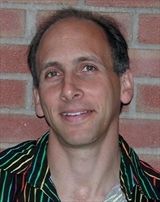 Elijah Waldis a writer and musician whose books include Escaping the Delta: Robert Johnson and the Invention of the Blues and How the Beatles Destroyed Rock ’n’ Roll: An Alternative History of American Popular Music. A respected expert on the folk revival, he collaborated with Dave Van Ronk on The Mayor of MacDougal Street, the inspiration for the Coen Brothers’ film Inside Llewyn Davis. His awards include a 2002 Grammy, and he has taught blues history at UCLA and lectured widely on American, Mexican, and world music. He currently lives in Medford, Massachusetts.