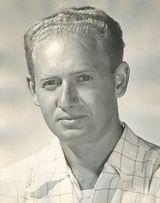 Syd Hoff has given much pleasure to children everywhere as the author and illustrator of numerous children’s books, including the favorite I Can Read books Sammy the Seal, The Horse in Harry’s Room, and the Danny and the Dinosaur books. Born and raised in New York City, he studied at the National Academy of Design. His cartoons were a regular feature in the New Yorker after he sold his first cartoon to that magazine at the age of eighteen. His work also appeared in many other magazines, including Esquire and the Saturday Evening Post, and in a nationally syndicated daily feature.