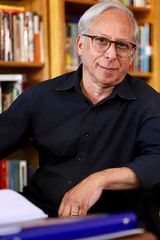 BILLY MERNIT serves as a story analyst and script consultant at Universal Pictures, and is a Distinguished Instructor at the UCLA Extension Writers' Program. Author of the novel Imagine Me and You (Random House) and co-author (with Claudia Nizza) of That’s How Much I Love You (Tallfellow Press), he has also published twenty romance novels for Harlequin and Berkeley/Jove under a female nom de plume. During his many years in the entertainment industry, he has written for NBC's Santa Barbara, and composed songs recorded by Carly Simon, Judy Collins, and Morrissey.