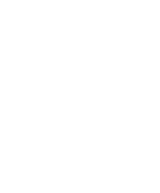 Czeslaw Milosz was born in Szetejnie, Lithuania, in 1911. He worked with the Polish resistance movement in Warsaw during World War II and was later stationed in Paris and Washington, D.C., as a Polish cultural attaché. He defected to France in 1951, and in 1960 he accepted a position at the University of California, Berkeley. He was awarded the Nobel Prize in Literature in 1980, and was a member of the American Academy and Institute of Arts and Letters. He died in 2004.