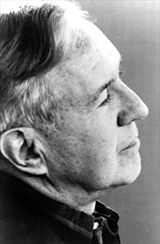 Born in France in 1907, Jacques Barzun came to the United States in 1920. After graduating from Columbia College, he joined the faculty of the university, becoming Seth Low Professor of History and, for a decade, Dean of Faculties and Provost. The author of some thirty books, including the New York Times bestseller From Dawn to Decadence, he received the Gold Medal for Criticism from the American Academy of Arts and Letters, of which he was twice president. He lived in San Antonio, Texas, before passing away at age 104.