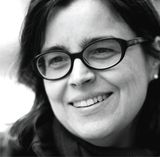 Isabel Vincent is an award-winning investigative journalist currently working for the New York Post. She is the author of Bodies and Souls: The Tragic Plight of Three Jewish Women Forced into Prostitution in the Americas; Hitler's Silent Partners: Swiss Banks, Nazi Gold, and the Pursuit of Justice; and See No Evil: The Strange Case of Christine Lamont and David Spencer. Her work has appeared in the New Yorker, the New York Times "T" Magazine, the Independent, Marie Claire, L'Officiel (Paris), and many other international publications. She lives in New York City.