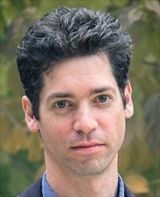 Jonathan Cohn is a senior editor at The New Republic, where he has written about national politics and its impact on American communities for the past decade. He is also a contributing editor at The American Prospect and a senior fellow at the think tank Demos. Cohn, who has been a media fellow with the Kaiser Family Foundation, has written for The New York Times, The Washington Post, Mother Jones, Rolling Stone, Slate, and The Washington Monthly. A graduate of Harvard, he lives in Ann Arbor, Michigan, with his wife and two children.