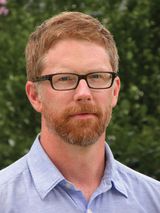 Austin Bunn is a fiction writer, playwright, screenwriter, and former journalist. His writing has appeared in The Atlantic Monthly, Zoetrope, The New York Times Magazine, Wired, Best American Science and Nature Writing, The Pushcart Prize, and elsewhere. He cowrote the screenplay to Kill Your Darlings (Sony Pictures Classics), starring Daniel Radcliffe, Dane DeHaan, and Michael C. Hall, which premiered at the Sundance Film Festival. He is a graduate of Yale University and the University of Iowa Writers' Workshop, and a recipient of a Michener-Copernicus Fellowship. Currently, he teaches at Cornell University in Ithaca, New York.