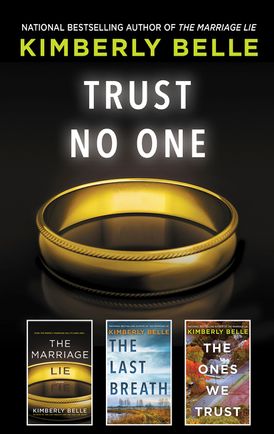 Everyone has secrets… Iris and Will have been married for seven years, and life is as close to perfect as it can be. But on the morning Will flies out for a business trip to Florida, Iris’s happy world comes to an abrupt halt: another plane headed for Seattle has crashed into a field, killing everyone on board and, according to the airline, Will was one of the passengers. Why did Will lie about where he was going? And what else has he lied about? As Iris sets off on a desperate quest to uncover what her husband was keeping from her, the answers she finds shock her to her very core.

Chasing disasters around the globe keeps humanitarian aid worker Gia Andrews away from her own ground zero. Now, after sixteen years in jail for the murder of her stepmother in small-town Tennessee, Gia’s father has come home to die of cancer. And she’s responsible for his care.

Resuming the role of daughter to the town’s most infamous murderer means confronting the past she’s spent over a decade avoiding. But in the end, the truth about what really happened may have deadlier consequences than she could have ever anticipated…

The Ones We Trust

When former DC journalist Abigail Wolff attempts to rehabilitate her career, she finds herself at the heart of a US army cover-up involving the death of a soldier in Afghanistan — with unspeakable emotional consequences for one family. As the story of what happened comes to light, Abigail will do anything to write it. The more evidence she stumbles upon in the case, the fewer people it seems she can trust. And she certainly never expected to fall in love with the slain soldier’s brother, Gabe. The investigation eventually leads her to an impossible choice, one of unrelenting sacrifice to protect those she loves.

Kimberly Belle is the USA Today and internationally bestselling author of five novels of suspense. Her third, The Marriage Lie, was a semifinalist in the 2017 Goodreads Choice Awards for Best Mystery & Thriller, and has been translated into a dozen languages. Before turning to fiction, Kimberly worked in marketing and nonprofit fundraising.

Other Works by Kimberly Belle

Stranger in the Lake

The Ones We Trust